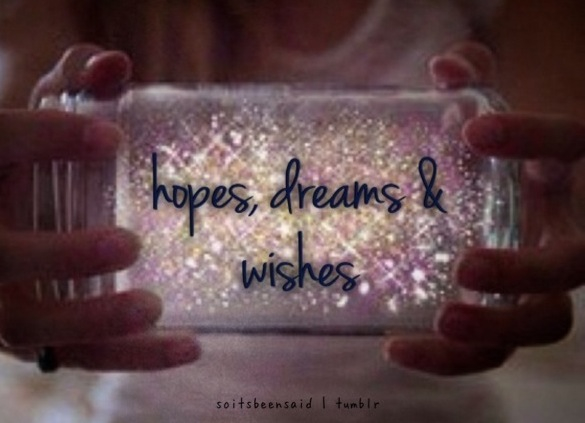 I plan to write more to them someday, but for now I have some very simple wishes, hopes and dreams for the little people in my life:

I hope my grandchildren grow up in a better world, a world where men and women are treated equally and paid for their efforts, but also a world where the boys don’t have to carry the burden of the sins that happened before them.  I hope all chips, on all shoulders are filled, and that people learn to stand on their own two feet and not blame someone else when they fail.  I wish that people who have been victimized in the past, don’t try to heal their pain by victimizing others, instead of forgiving and surviving, and that those who feel criticized quell their criticism of others.

I dream that the grandchildren will be happy in love.  I don’t care what color that person is, what sex, or what religion, but I do care that they respect my grandchildren, love them, and hold their feelings in high esteem.  I hope they are challenged in their relationship, yet find away to grow together exploring life and it’s wonder.  I pray that if the relationship is harmful, that they will have the courage to walk away, to hold their heads high, and to move forward.  If a relationship or friendship is toxic and causes you to question your value, or your life, please don’t walk away, run..

I wish them children, if they choose.  If they don’t choose, I wish for them the good sense to use the best birth control out there.  Children are a blessing; they are not the easy route in life, but are gratifying.  I can’t imagine my life without mine.  Don’t have a child, so that you have someone who loves you; if you have a child it’s because you have love to give.

I hope they have success, as they see it.  If you enjoy art or basketball, do art or basketball, but if it doesn’t pay the bills, get a job that does and do other things  on the weekends, until you are good enough to pay your bills doing it.  Don’t expect any one else to support you, but don’t sell your value in a relationship short as it isn’t always about the dollar.  Whether you are the male or female, in your family, earning the most money, and the other partner is managing home and children, always remember that nannies, prostitutes and housekeepers are expensive.  There is a price to be paid, never think you have more value, only because you make more money, or less value because your paycheck isn’t as big.

I dream that my grandchildren will be the kind of people who will help someone across the street, buy a meal for a young family anonymously, and support the causes they believe in.  If you watch public TV, donate to it.  Don’t expect others to support your causes, if you don’t.  Always stop and think about how your actions are affecting others, even the people you don’t agree with.  Don’t be them; be you.  Be an advocate but don’t be nasty about it.  Be the best you, you can be.

I hope with all of my heart that they have faith in a higher power, that they pray, and believe that their God is standing by their side.  Faith has value; God has value; always be grateful for what you have been given. Say thank you often and with fervor.

I wish that they get an education; keep learning, travel, read and have discussions with others to learn their point of view.  It’s how you grow.  Don’t be afraid, and please don’t assume you know everything, when no one does.  🙂

I am writing so that they are sure and that they always know they have a grandma, who would eat people for them, a grandma who loves them, and wishes everything good for them, whether she is in this world or another.  I will always be the voice on your shoulder, so that you will feel safe and loved. 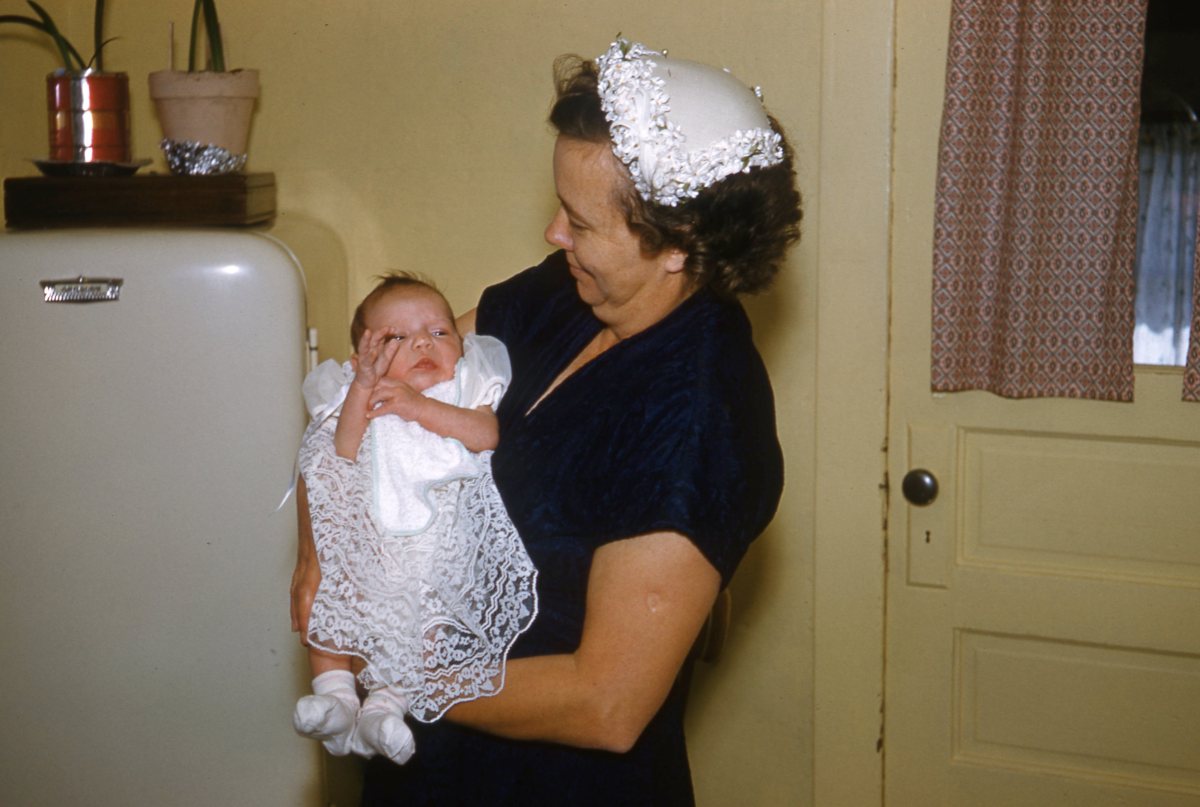 There are relationships that left me feeling slighted,  throughout my life, especially relationships with some of the men in my life, but one relationship that I was blessed with, that lifted me, and helped to carry me through early dark days, was the relationship with my Grandma Patten.  She was a strong Baptist woman, who raised her family the best she could, whose oldest granddaughter could be a bit of a wild child, especially according to the standards of grandma’s generation.

Grandma saw the good in me, it never occurred to her to see anything else.  I would ride over to Parshall, ND (about 17 miles away) on my motorcycle to say hello.  She would show me her flowers, feed me some cookies, and visit.

Staying with her was a treat; I would sleep in until the smells from the kitchen would wake me.  Sometimes it was coffee, sometimes it was cinnamon rolls, and often it was whatever she was prepping for dinner, maybe meatballs.  I would wake and have a leisurely breakfast, make my bed, wander around the yard, and it would be time for lunch.  Sometimes we would sew..  Grandma was a fabulous seamstress; I would watch, fascinated, as she marked out the pattern using tracing paper and her tracing wheel, sometimes making adjustments with a piece of chalk.  She, my Baptist grandma, made me my first bikini.  When I was a teenager, who rode a motorcycle, she would help me make halter tops to go with my short, cut off jeans.. very short cut off jeans.  I remember distinctly one afternoon, when we made a white halter top, with white cording for the top and bottom ties, grandma looking through her loot for an applique that would discreetly cover my nipples, to keep them from showing through the top.  She stood there in one of her “daily” dresses, moving the applique this way and that, until it covered what it was supposed to, and then very carefully pinning it in place.  It was an anchor.  She never questioned my morality, never told me I should dress differently, never criticized…she just loved me.

In the afternoons, I was allowed to read, for hours.  When I had finished a book, she would sit me down at the kitchen table and quiz me on the characters, setting and plot, to make sure I wasn’t reading so fast that I missed the important parts.  There was always cookies and a glass of milk on the table.  We had conversation.

The spring of my first year of college; I decided to break off my engagement to my fiancé, about two weeks before the wedding.  It was an outrage; our small community was aghast.  I ran for the protection of my grandma.  I told her what I had done and we talked about love.  I told her that I wasn’t sure I knew what it was supposed to be.  Grandma walked to the bookshelf, opened her Bible and read Corinthians to me.

“4 Love is patient and kind; love does not envy or boast; it is not arrogant 5 or rude. It does not insist on its own way; it is not irritable or resentful;[b] 6 it does not rejoice at wrongdoing, but rejoices with the truth. 7 Love bears all things, believes all things, hopes all things, endures all things. 8 Love never ends.”

In other words, love was my grandma.

Some of my inspiration for my writing comes from grandma; after she died there were so many times I wished I had asked her more questions: why did she marry Grandpa, did she feel like she had made sacrifices, what were her greatest joys and greatest challenges, did she ever have a crush on the milkman? (she would not have answered that one, but it would have been fun to ask her, she would have said, “Luanna!” and given me the look. The same look that she gave me when I asked her, if she was sure there wasn’t some Hidatsa in our family, because we all have the same pot bellies, that Lewis and Clark remarked on, in their journals.  The same look was given to me when I asked her if her favorite author Gladys Taber was gay.  She told me no both times, I’m willing to concede the Hidatsa blood, but am darn sure Gladys was indeed a lesbian.  I have googled it.)  I write, so that hopefully somewhere in my writing, there will be answers for my grandchildren, an interpretation of something I have said that might bring them comfort on a day that’s going bad.   Maybe I can say something that will be their anchor.

To laugh often and much; To win the respect of intelligent people and the affection of children; To earn the appreciation of honest critics and to endure the betrayal of false friends; To appreciate beauty; To find the best in others; To leave the world a bit better by a healthy child, a garden patch or a redeemed social condition; To know even one life has breathed easier because you have lived. This is to have succeeded.
Join 54 other subscribers